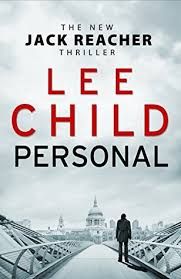 My unread books really do taunt me and mock me from the shelves. They know my name. They hiss at me as I go by. The titles are my recriminations. They cause me to feel inadequate, exhausted, and overwhelmed.

I should pause for a moment to say that when I feel connected to my books - that is, when I'm giving them love  - they're the most soothing company. I walk amongst them like a contented pedestrian perambulating through a favourite, familiar city in springtime. When we're in love, my books are my kin and my home.

A relationship with a library is as complicated, as ever-changing, and as in need of care and attention as any human friendship or marriage. And when that relationship is neglected - when that bond feels disconnected - books can be as distant from us, and as painful to our minds as people from whom we're estranged.

But books, if you love them, will only love you back. And maybe that's why I'm typing these words: to give my books some love.

Take this one, for instance: Personal - which is how it felt. And sure, it's more often hefty, unread classics of literature that are the most daunting (Moby Dick was my nemesis for a decade, before becoming one of my favourite things), but what's even more emasculatory for me, as a reader, is to be daunted and haunted by a mass market paperback like Personal. An airport book! Designed to be devoured frivolously between ports! A bag of chips thriller, and like a bag of chips, mostly air - which I did in fact purchase while awaiting a flight, although its time-bleached bookmark, a faded boarding pass inside the front cover, tells me only that my seat was 32D.

I didn't read the book while seated in 32D (on the way to wherever), and I didn't read it when it sat on the only bookshelf in the wee one-room apartment I shared with my then-girlfriend for a year and a half. And Personal it became, as it moved from shelf to box to shelf, and the title itself seemed to spice itself with its mockery: "Whatsa matter, Corin? Are you scaared? Scared you won't be able to get through me... a little ol' airport read? Whatsa matter, don't have time anymore? Too busy out traipsing around with your little show, what's it called again?... Bookworm?... Hah hahah hahahha! You're no bookworm! You're a soft-brained fraud who can't even finish an airport book! You'll never read me, 'Bookworm'! Hahahha!"

Well I read you, you little fucker. And now I can't even remember you - so take that!

Because despite Stephen King's "The best one yet" endorsement on the backcover, you're exactly like every other Jack Reacher story. If I reread you now, I wouldn't even be able to remember whether I'd read you before or not. I'd be, like, "Hmm. This seems to be the one where Jack Reacher knows everything about... everything. But oh, yes, this story is distinguished from the others by a shadowy conspiracy which pulls Reacher into its dangers, the tendrils of which go much higher up than anyone (aside from Reacher) had suspected - ah, but what truly sets this one apart is the strangely attractive female agent with whom Reacher is paired, the one with a dark past, who will, by her own choice, face a peril which will cause her to relive the trauma she's been trying so hard to put behind her..." You know the one. That one.

But most of all, it's the one where Reacher knows everything. He knows what the door is made of, because he knows the architectural history of this particular neighbourhood. He knows how much pressure it can withstand, and how far a bullet will enter it before it's stopped. He's an engineer, a carpenter, a chemist. He's an expert, in whatever you want, all the time. He even speaks French! The last thing, if you've read a dozen Jack Reachers, that you can imagine him doing. He also has a Google Maps-level knowledge of every alley and side street in Paris - of course he does! Because his memory is a fortress, and it turns out, his mother was Parisian! He did a bunch of his growing up there - and what would make you think that Jack Reacher could get lost, anyway? Jack Reacher doesn't get lost. Jack Reacher doesn't need directions. Jack Reacher is the right answer that walks like a man. My ex-girlfriend put it best when she said, "The way Jack Reacher talks, when he always has the answer and is an expert in everything? Most men, when they're talking, think that that's how they sound." Best. Review. Ever.

Jack Reacher, like the gunslingers of western yore, is perfect. He's the lone stranger who exists in unsullied isolation, needing no one, staying for no one. He's the ultimate male fantasy - or rather, the ultimate male fantasy of a male. And all of this is coming from a willing male-fantasist (and his ex-girlfriend) who have much enjoyed the lonely perfections of Jack Reacher.

I also love that Lee Child isn't Lee Child at all - that he's a British, ex-television man named James D. Grant who worked, over a twenty-year career, on some of my favourite British televsion shows (Brideshead Revisited and Cracker, to name two), and who created the pen name Lee Child so that his books would sit squarely between Raymond Chandler and Agatha Christie on the mystery/crime section shelves. How cool is that?

I also love that the name of his hero came from what his wife would call him when she wanted something from the high shelf at the grocery store: "Hey, Reacher," she'd say to her tall and lanky husband, "Use your reach and reach that jar down for me."

I also like to think (for my own private amusement) that if Mad Magazine did send-ups of books instead of movies, they'd call him Jack Retcher.

You can take that or leave it, but for myself, writing a word or two about Jack Reacher has closed the file on a book which used to mock me and daunt me. Posting this has already brought my library and I much closer. I can wander amongst its shelves again. The unread titles feel kinder, more inviting. and no longer quite so personal.