Book #13: Pauline Kael: A Life in the Dark, Brian Kellow 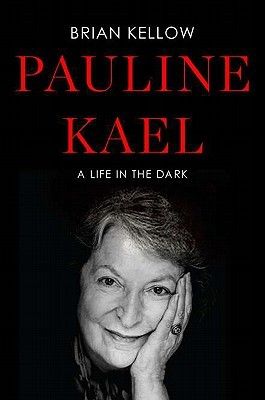 Last fall, I tackled this beautiful, compelling biography of legendary film critic Pauline Kael, which I've been carrying around since I bought the freshly-printed hardcover in 2011. Let me share this, from its Introduction:

In 1976 she found herself addressing an overflow audience at Mitchell Playhouse in Corvallis, Orgegon, home of Oregon State University...  She proceeded to give a stimulating talk on the current state of movies, then took questions from the audience.

"How many times do you see a movie before you write about it?"

"Only once," replied Kael.

"What about Persona?" asked one senior member of Oregon State University's English faculty. "I had to see it three times before I felt I had any real grasp of it at all."

"Well," said Kael, "that's the difference between us, isn't it?" The line played less insultingly then it might read, and she laughed as she said it. Then she went on to explain that she felt the need to write in the flush of her initial, immediate response to a movie. If she waited too long, and pondered the film over repeated viewings, she felt that she might be in danger of coming up with somehting that wouldn't be her truest response.

Someone else in the audience persisted with a question along similar llines:

"But if you were going to see one movie again, which one would it be?"

"I'd always rather see something new."

After a few moments of back and forth, a man in the audience raised his hand and asked about Murmur of the Heart, which Kael had reviewed for the October 23, 1971, The New Yorker. He told her that, having seen the film again recently, he had found it sentimental and unconvincing, and wondered if she still recalled it with enthusiasm.

After a stiff silence punctuated only by the clearing of throats and the rustling of programs, Kael fixed her gaze on the man for a moment and gave him a catnip smile.

"Listen," she finally asked, "Do you remember your first fuck?"

"Sure," he answered, flushing, struggling to hang on to his composure. "Of course I do."

This was the Kael that her army of readers at The New Yorker had come to worship - bold, clear-eyed, pithy, a brilliant critical thinker unafraid of a flash of showmanship. Do you remember your first fuck? was, as well as a laugh line, a perfect description of the effect that Pauline always wanted the movies to have on her.

I'm flooded with thoughts and impressions: 1. Despite being four years old at the time Pauline Kael gave this Q&A - and 13 years from seeing Louis Malle's Murmur of the Heart for myself at The Mayfair Theatre in Ottawa - in other words, although I missed out on being a movie-literate adult during the cinematically-explosive seventies, I am one of Kael's worshipers - and I'm not sure how you can't be, if you love movies. 2. Also, I'm feeling how difficult it is to write about a book which I finished last fall, wishing I'd done so in the heat of reading it - because it was my intoxicating nightcap for weeks - I was intoxicated by it, by her, and by her intoxication with films, and all their possibilities. 3. So many first fucks come back to me - movies I saw once and which are still tattooed on my nervous system, charged as potently as erotic memories - those times I surrendered absolutely to cinema and was changed - The Piano, Zebrahead, Time of the Gypsies, Léolo, Do the Right Thing all leap instantly to mind - and more recently, Moonlight, The Red Turtle, Manifesto, Kitchen Stories... 4. Goddamit I love the movies, and I love this beautifully written biography. I've seen films these past several months I might never have seen without it (hey Shoot Horses, Don't They? was worth it all on its own). Pauline Kael: A Life in the Dark will be impacting my movie choices for years to come - but even moreso will the many volumes of Pauline Kael's reviews and essays and initial, immediate responses to the movies she wrote about - all of those first fucks - which I'll be tracking down just as soon as I get through another 87 of my own damn books...