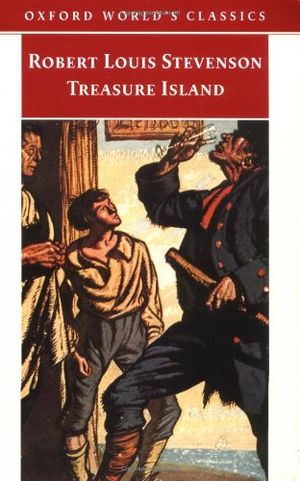 I must have read Treasure Island when I was a kid. Or maybe it was read to me. Or perhaps it's just one of those books, like Mary Shelley's Frankenstein, Bram Stoker's Dracula, or Stevenson's other best-known novel, Strange Case of Dr. Jekyll and Mr. Hyde, that has insinuated itself so deeply into the public consciousness that it feels as though we must have read it, even if we haven't.

If, like me, you've lived on the caricatures and imitations but never delighted in the adventure that launched them all, it's well worth it - what a joy! It's a story that pulls you out to sea as surely as the tide, and it has you in its current right from its opening paragraph:

PART I
The Old Buccaneer

CHAPTER I
The Old Sea-Dog at the 'Admiral Benbow'
Squire Trelawney, Dr. Livesey, and the rest of these gentlemen having asked me to write down the whole particulars about Treasure Island, from the beginning to the end, keeping nothing back but the bearings of the island, and that only because there is still treasure not yet lifted, I take up my pen in the year of grace 17--, and go back to the time when my father kept the 'Admiral Benbow' inn, and the brown old seaman, with the sabre cut, first took up his lodging under our roof.

I remember him as if it were yesterday, as he came plodding to the inn door, his sea-chest following behind him in a handbarrow; a tall, strong, heavy, nut-brown man; his tarry pigtail falling over the shoulders of his soiled blue coat; his hands ragged and scarred, with black, broken nails; and the sabre cut across one cheek, a dirty, livid white. 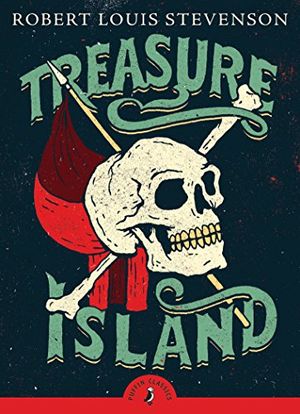 As for me, I'm not sure what put the book in my hand last week, but like Jim Hawkins, I was instantly pulled into the secretive, seedy, and murderous world of pirates, treasure-hunters, and mutineers. And as I turned the pages, I became awed by the fact that Robert Louis Stevenson - in writing this story, in 1883, for the entertainment of his young stepson - had created the mold for pirate stories ever after. I became hypnotized, as millions of readers before me, by the mercurial charisma of Long John Silver, and I couldn't help but think of how much, and by how many Silver has been counterfeited - but never recreated.  I don't know if a pirate adventure can be named today which doesn't owe a debt to Treasure Island. There would certainly be no Captain Jack Sparrow or Captain Barbossa without Silver; which puts me in mind of another original: Keith Richards. When Johnny Depp was preparing for the role of the lovable, rock n' roll-inspired rogue, Depp asked Richards' permission to use the piratical rocker as the blueprint for his Captain Jack Sparrow.
And now I can't help remembering an interview with Keith Richards in which the interviewer is talking about the members of young rock bands and Richards, with his buccaneer grin, says "And there's always one of 'em that's supposed to be me."

Long John Silver could say the same of any number of pirate stories.

Silver, a character whom Stevenson was rightly proud of, was in his own turn initially inspired by the "maimed strength" of Stevenson's charismatic, crutch-bearing friend, the poet W. E. Henley. Henley may have provided Stevenson with his model - as Keith Richards did Johnny Depp - but Henley recognized that his friend had given the world a true original, saying: 'He, and not Jim Hawkins, nor Flint's treasure, is Mr. Stevenson's real hero; and you feel, when the story is done, that the right name of it is not "Treasure Island," but 'John Silver, Pirate."'

By the powers, you may lay to that.